Film Titles in Translation: The Sequel

Hot on the heels of my last post, which was a bit heavier than usual, I thought I’d get back into familiar territory with something a bit more fun. Seeing as my first post on the translation of film titles had a fair bit of interest and was so fun to write, I thought I’d write a sequel about sequels.

Rather than looking at films that simply add ‘2’ or ‘3’, which would hardly be the most interesting read, I went for films that aimed for a bit more in the titling, often using the name of the first film as a basis for other titles in the series. As you can imagine, with the title of the first film often being completely transformed in translation, this can cause all sorts of problems, and translators have had varying degrees of success over the years.

So, for your reading pleasure, here are some of the funnier and more interesting examples I came across. 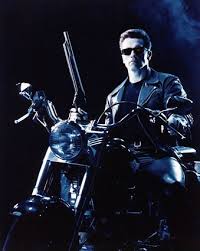 Starting with one of the biggest movie series around, it is interesting to see how translation deals with the changing subtitles in each film which often contain biblical references. While ‘Judgement Day’ is changed to its accepted cultural equivalent in both French and Italian (‘Le Jugement dernier’ and ‘Il giorno del giudizio’) and ‘Rise of the Machines’ is translated closely, ‘Terminator Salvation’ was cleverly retitled ‘Terminator Renaissance’ in the French over a more literal translation as it retains the biblical nature of the title and sounds much better than ‘Terminator Salut’ (literally: salvation) which could be mistaken as meaning ‘Terminator Hi’.

The Die Hard series has some of the most confused naming across the series that you’ll ever find. While the English versions add a unique tagline, retaining the crucial words ‘Die Hard’ (Die Harder, Die Hard with a Vengeance etc.), several of the European releases made this kind of linking impossible from the outset.

The first film in the series was released as ‘Trappola di Cristallo’ in Italian and ‘Piège de cristal’ in French meaning ‘Crystal Trap’ while the second was named ’58 minutes to live’ and ’58 minutes to die’ in France and Italy respectively. Both of these titles relate much more closely to the plot but carry no link between the two films.

After this, presumably due to the growing global stature of the series, and realising the need to try and make up for these early mistakes, each of the films just used the English ‘Die Hard’ in the titles, followed by a translated tagline (e.g. ‘Die Hard – Vivere o morire’ (to live or die) for ‘Live free or die hard’ in Italy) except the French version of the third film which stuck with its initial tactics and named the film ‘Une journée en enfer’ (A day in hell).

One final, interesting note on the series is that in the German release of the first film, the German names of the terrorists were changed to American equivalents in order to make it easier for the audience to identify with the protagonist by inverting the enemy’s cultural bases. As such, Hans became Jack, Karl became Charlie and Heinrich became Henry.

While the Die Hard translators failed to keep a common thread going throughout the series, the titles of this trilogy are dealt with well in both French and Italian, and in two distinct ways. While the Italian sticks close to the original titles, adopting a clever translation for ‘The Naked Gun’ in ‘Una Pallottola Spuntata’ (lit. A blunt bullet, keeping the idiomatic nature and some of the innuendo of the original) and adding fitting taglines, the French translation completely transforms the title but keeps it consistent and fitting throughout the series: The first film becomes ‘Y a-t-il un flic pour sauver la reine?’ (Is there a cop to save the queen?), the second ‘Y a-t-il un flic pour sauver le président?’ ( Is there a cop to savethe president?) and the third ‘Y a-t-il un flic pour sauver Hollywood’ (guess), each referring closely to the individual plots.

Together with the sequel/prequel ‘Dumb and Dumberer’, this pair have two of the most challenging titles around. With their use of the comparative that cannot be replicated in many languages and the ungrammatical nature of the second mirroring the subject matter, any translator has their work cut out. (For me, the title was one of the only good things about the second film)

Fortunately in Quebec, with the equal status given to both English and French meaning that all films are released in both languages, we get two interesting titles. The first becomes ‘La cloche et l’idiot’, quite a literal translation which uses colloquial language in a similar way to the English, and the sequel becomes ‘Plusse cloche et très zidiot’ (lit. More dumb and very idiotic) but with the spellings changed in a ridiculous manner to mirror the idiotic nature of the content, showing that even some more complex linguistic games can be replicated to an extent in a foreign tongue.

Nevertheless, for every translation that is well thought out and takes cultural and linguistic concerns into account (how about ‘East is East’ becoming ‘Fish and Chips’ – written in English – in France…), there are times when the translator seems to consider the wordplay in the title just too much of a hassle and resorts to boring, unimaginative naming. This is the case with ‘The Fast and The Furious’ sequel ‘2 Fast 2 Furious’ becoming ‘Rapides & Dangereux 2’ in Quebec and just ‘Fast and Furious 2′ in French’

Further examples of this kind include ‘Bill and Ted’s Bogus Journey’ (the sequel to Excellent Adventure) which becomes ‘Les Aventures de Bill et Ted’ (the Adventures of Bill and Ted) and ‘Alvin and the Chipmunks: The Squeakquel’ (I haven’t seen it, honest) becoming ‘Alvin et les chipmunks 2’ in French. Some of the least inspired titles around.

Finally, before I go, I thought I’d include one little bonus translation. A few weeks ago I was asked: ‘why does ‘The Hangover’ become ‘Very Bad Trip’ – written in English – in the French release’

The answer: while French does have an equivalent for a hangover (‘gueule de bois’, literally a wooden mouth), the phrase ‘faire un bad trip’ is widely recognised by French people and reflects the film’s US roots in a comprehensible manner. So there you have it.

12 responses to “Film Titles in Translation: The Sequel”